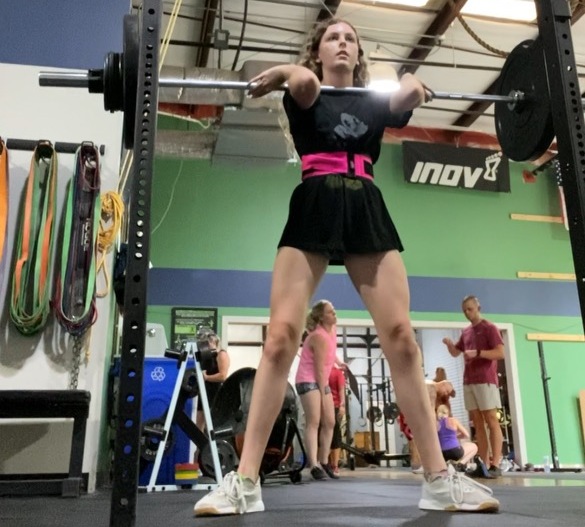 Like most young girls, I grew up seeing what is widely promoted as the “perfect” body and what the “ideal” female should look like. In 2018, the summer before my sophomore year of high school, I became increasingly obsessed with obtaining this perfect appearance, and came to the conclusion that the only way for me to achieve that was to eat less. By the fall, I was hardly eating at all. I had not only convinced myself that my outward appearance was the measurement of my worth, but I also saw it as the only reason I was able to get my first boyfriend. In my mind, if I kept losing weight and kept getting skinnier, he and others would like me more. My whole life became centered around how much food I was eating and how small I looked each day in the mirror. My relationship began to fall apart due to being cheated on multiple times and I completely blamed myself for not being “enough” for him. After a while, some people close to me started to notice me constantly skipping meals and confronted me about it. Hearing people say that what I was doing to myself was harmful was a truth that I was not willing to accept. I was in complete denial. My best friend finally convinced me to go see a nutritionist where I found out just how underweight I was. Even after that visit, I continued to eat less and less. By this point, my hair had slowly begun to fall out and I had developed anemia, causing me to pass out often. My parents then made an appointment with an eating disorder specialist, and it was there that I was officially told that I was in the beginning stages of anorexia nervosa. I couldn’t grasp how in the world that could be possible when I still hated what I saw in the mirror. Later that month, I visited another specialist who told me that my only three options were to be hospitalized and placed on a feeding tube, sent to a group home out of state, or to be taken out of school for a daily recovery program in Atlanta. I was terrified of all three of those options. After this meeting, I convinced my parents to allow me to at least try to get better on my own at home. Although I still hated the idea of gaining weight, I knew it was better than being forced into one of those programs. This began my painful journey to recovery. A few months in, I had made a little progress and was allowed to start working out again. I began going to the gym again, but I still saw it as a means of changing the way I looked on the outside. In July of 2019, I was introduced to CrossFit, which truly saved my life. I began working out and eating to get stronger rather than smaller. My entire perception of my body and my appearance was flipped upside down and I was finally able to begin accepting and loving myself. I am now able to appreciate how beautiful my imperfections are and how being strong and lifting heavier is so much cooler than worrying about how small I am. I had never been able to confront my past feelings of true hatred towards myself and my body, and CrossFit allowed me to become both physically AND mentally stronger. At CrossFit Lanier, I found a family I never knew I needed and I am able to see purpose and direction in my life again. Without these people, I am positive I would not be where I am today in my recovery. They push me every day far past my limits and have helped me achieve so many things I never would have dreamed were possible for me. Through every up, every down, every PR, and every fail, my incredible family at CFL is there to cheer me on and I could not be more blessed.

Sign up for your free introductory class to see our facilities, meet the trainers and try CrossFit!